This is a bit of a rundown on what gets us where we like to go, how we use it and why we’ve chosen it.

Everything plays an important part in our adventures from the laptop I’m typing on, to the cloud based programs we use to store our photos right down to the BBQ we have, the cameras we use, the cars we drive, the caravan that we tow and much more.

We drive a modified Toyota Hilux

We’ve purchased many new Toyota’s over the years, all from Old Mac Toyota in Springwood. If you want an awesome deal on one of the most reliable vehicles on the road, go and see Alex – and tell him we sent you!

Chris and I both had our love affairs with old Holdens as teenagers, but it’s been Toyota’s ever since. During our time together we have had 3 Hilux’s, and we wouldn’t have it any other way. Until the need arises for something much, much bigger, we will stay faithful to Toyota! We need something reliable that we can trust to tow our van in places many people wouldn’t dream of, and our Hilux’s have never let us down.

I would love to get into all the modifications that have been done to the Hilux – but that’s far too complicated for me! I’ll leave that to Chris to explain when he gets a chance. Upgraded brakes, suspension and bigger tyres/wheels are just the beginning!

When we aren’t towing we drive a Hilux 2WD flat tray and a Toyota RAV4.

It started with a 4WD and a tent. We then moved on to a camper trailer that Chris designed and built in our backyard. It wasn’t long before we sold that and upgraded to a Jayco Discovery Outback. From there we upsized to a 22.6 Jayco Starcraft Outback triple bunk. We had some issues with our next van and didn’t have it for long before moving onto what we are now waiting for … which we will be revealing early 2020. We also have an Alucab rooftop tent permanently on the Hilux for those quick weekend getaways or hard to get to places. Our Hilux has a custom canopy that allows us to be fully self-sufficient, even without the van. Both the canopy and caravan will be fitted with Enerdrive Lithium battery systems.

We can park our van almost anywhere and have it feel like home instantly. Whether it be free camping, in caravan parks, perched on the edge of a cliff, on the beach or at a bush retreat, we love it all.

It takes a lot of time, hardware, software, many apps and hours of finger power to get our adventures onto a screen near you. This is some of what we use and why.

I use a variety of apps for photo and video editing (see the photography section) and we use certain apps for researching,  planning, keeping track of fuel and so on.

We have chosen to use Apple computers as they work seamlessly with our iPhones, iPads and iPods.

I take the MacBook Pro with us on the road to write and edit and upload where possible.

We have a variety of cameras that we like to use. Originally we started with a GoPro and the iPhone and that was plenty! But we are always looking at ways to improve the quality of our content.

All our camera gear is housed in 2 bags. We have a GoPro Seeker backpackwith for all the GoPro’s and a large Tenba Axis 32L backpack for everything else.

Our video editing is done in iMovie and Final Cut Pro and photo editing is done using a variety of apps and programs. Of course if I stumble across something else that is amazing, I will use that too! 🙂

Chris has always loved his toys, and his enthusiasm has certainly rubbed off on me over the years. I can see the value in having all these things to ‘enhance’ the experience 😉

Mountain bikes, BMX bikes, cruisers, skateboards, surfboards, stand up paddle boards, canoes, the jet-ski … and who knows what else will be added to or removed from this list? I have no idea, but I love seeing Chris’s eye light up when he finds something new and exciting to introduce to our collection. Stay tuned for the latest additions to our toy collection!

GIANT! We all ride GIANT (except me who rides Norco) and are so thankful to Michael Ronning at GIANT NERANG for hooking us up with the best bikes out there. We all have mountain bikes and use them quite a bit when we are adventuring. Chris is waaaay more advanced than I am, so his bike is a bit fancy. Super fancy actually – he has a Giant E-bike. The 2019 Trance E+ SX Pro. If you see flashes of orange and blue flying past you or over your head on the trails, it’s probably him.

Go see Ronnie at GIANT NERANG and tell him we sent you! https://giantnerang.com.au/ 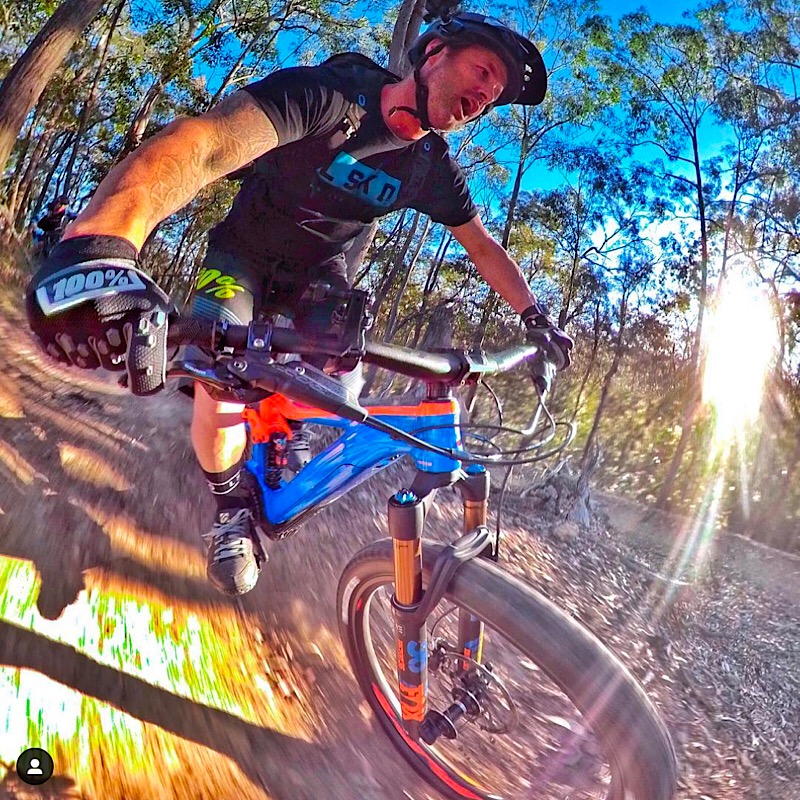 Chris had been talking about buying cruisers for ages, and then one weekend when I had to work late, and drive down and meet him at Tallebudgera, he surprised me with these 2 beauties.

We have named them ‘Bruce’ and ‘Maybelle’ and they have their own name stickers (of course!) They live permanently on the van. 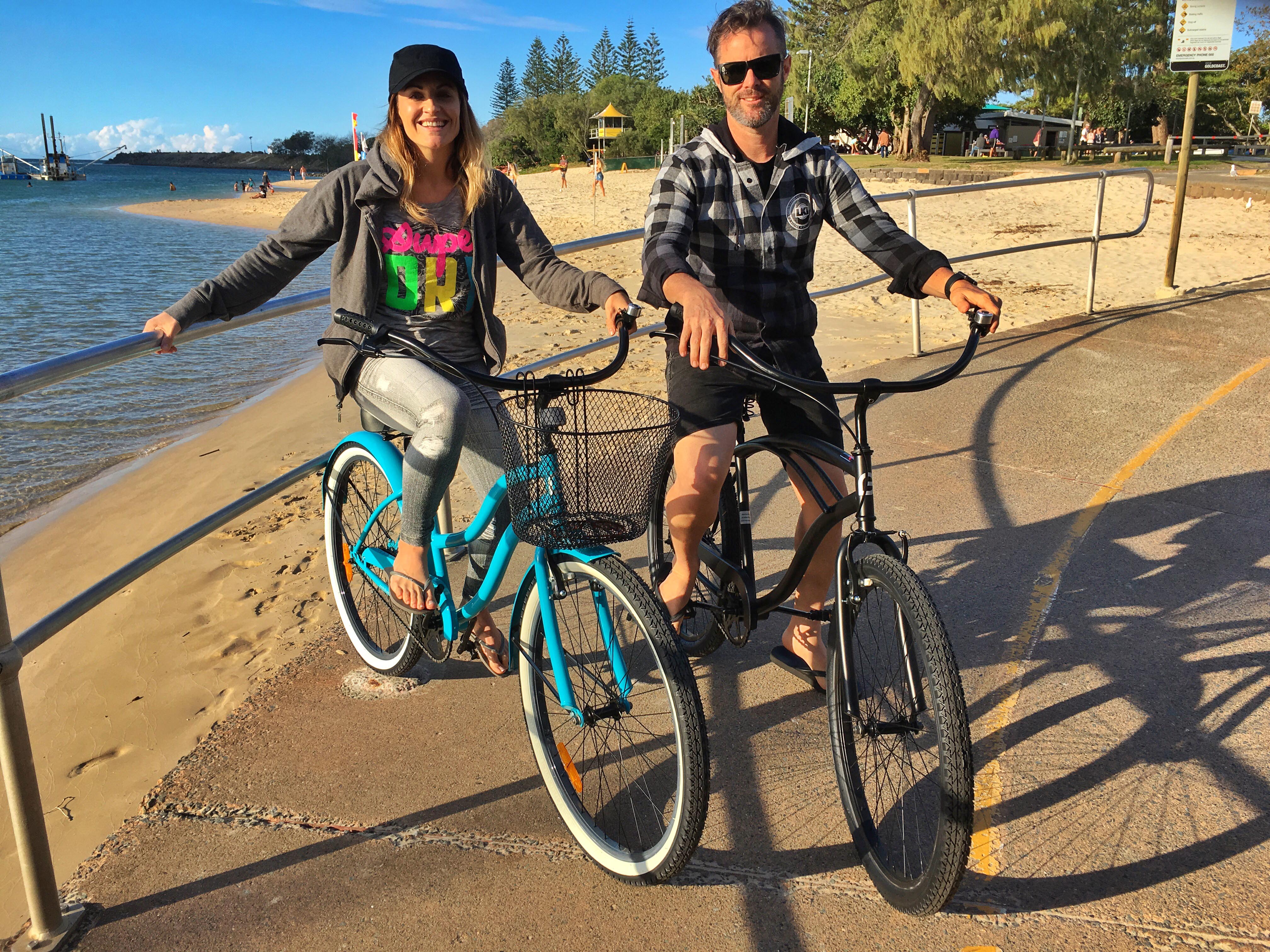 When I first met Chris and saw how many surfboards he had, I though it was excessive to say the least. But now I’m happy to say that I get it – and I know that each board serves a specific purpose.

These boards come almost everywhere with us. They even made the trek all the way up to Cooktown 3 years in a row. Why? For the stop off at Agnes Water on the way up and back down. 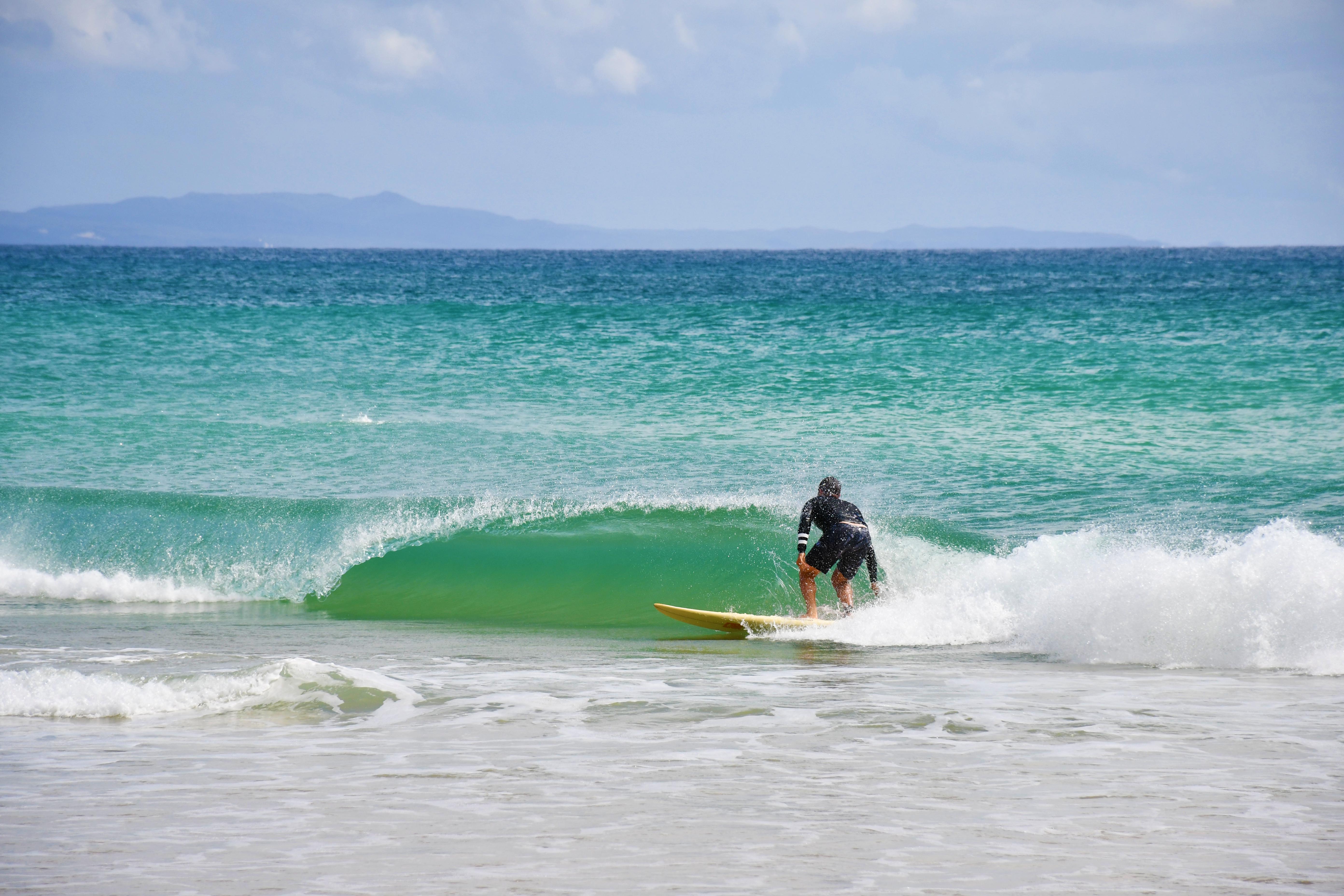 Chris has been riding since he was a kid … so he’s a bit of alright on his board.

The kids and I are all still learners, and the kids seem to getting the hang of it pretty quickly!

I’m getting there slowly 😉

The kids all ride 27″ Penny Skateboards, I ride a 38″ OBfive Em Carey Drop Through and Chris rides a 40″ Arbor Axis. 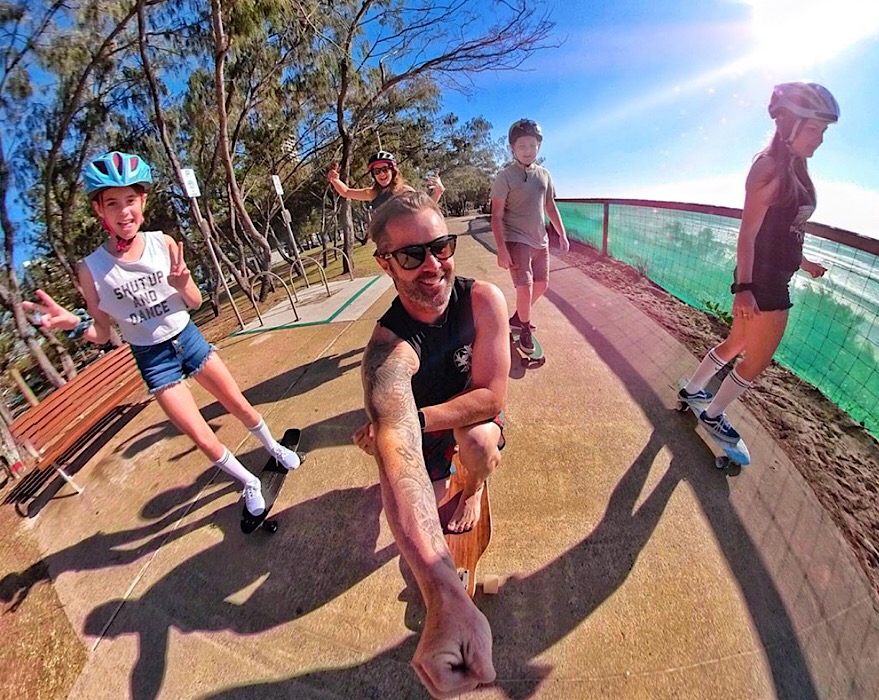 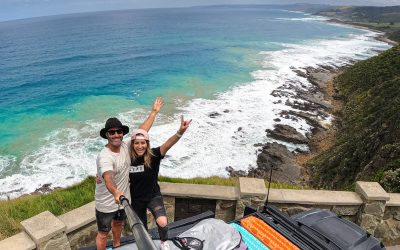 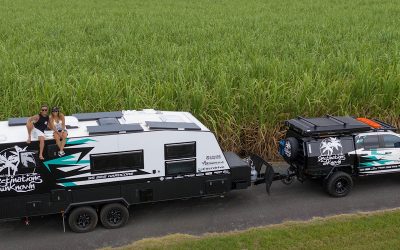 Let us share our brand new Titanium SS Hardcore Caravan with you! 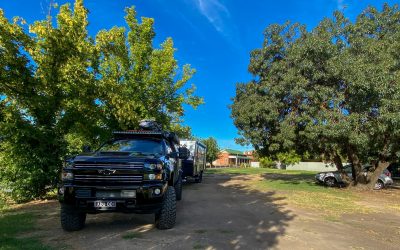 We ended up doing 600km from The Great Ocean Road to Holbrook and flicked open wiki to find somewhere close by. This free camp popped up and the reviews looked good so we thought we’d give it a go. We always enjoy pub camping; chatting to and having a beer with the... 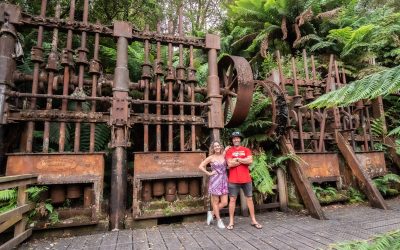 We Loved the Historical Anchor Stampers in Lottah, Tasmania

A short walk in the Blue Tier on Tasmania’s East Coast will take you to these old rusty tin stamping machines that loom up from the forest wall, inviting you to experience a glimpse of life long gone.

join us as we travel Australia

Receive travel tips, our latest adventure stories along with stunning photos and videos to help inspire your own great Aussie adventures - straight to your inbox!